James Van Elswyk is a renaissance man. Like a lot of online marketers, he’s got his hands in a number of different pieces of the pie—it’s part of what makes him so good at what he does. In addition to ownership of several eCommerce brands (either on his own or with partners) he also runs traffic as an affiliate, provides agency services, and does events. You can learn more about him, and what he’s doing, at Purple Leads or Geek Out Events.

Is There Enough Money On The Card?

As an advertiser, it’s very easy to exceed your spending limit, even with legacy, pre-loaded virtual cards. When there’s an opportunity to maximize the value of a well-performing ad and you want to make the most out of it, a declined card is catastrophic.

“When you're advertising on tons of accounts with teams of media buyers, they’re going to spend where they find profit,” says James. “They’re not likely to wait until I remind someone to update the money on the virtual card for that account because they expect to have a big weekend.”

James has been using traditional credit cards and virtual cards together (depending on the ad network) for a long time. He describes his experience with traditional virtual cards as, “slow and inefficient—horrific onboarding; and difficult to get his promised rewards.”

Additionally, the need to stay on top of front loading cards to efficiently allocate ad spend over dozens of ad accounts was a real hassle for everyone involved from the bookkeeper, to the media buyer, and the controller. “It felt like a full-time job,” he added.

“For example,” he said, “let’s say it’s Saturday, prices are good for traffic and the offer is converting, media buyers want to step on the gas—but you can’t always predict or forecast those opportunities, making it tough because you run the risk of having Facebook, or one of the other networks, shut down your ad. Costing you more money than if you’d walked away from the opportunity to increase ad spend and passed on the additional profits.”

This is a real problem for a lot of advertisers and happens all the time. It’s almost like the deck is stacked by banks, credit card providers, and the ad networks. Advertisers are losing more than additional profits when a card fails because of surge spending.

Getting Booted From An Ad Auction Is Very Expensive

Facebook, and other algorithm-based platforms, use data (with algorithms weighted for the most recent data). In the middle of a campaign when a payment fails the algorithm stops. Even if you’re able to turn it back on and rejoin the auction, it won’t continue the same way it did before you got booted.

“Sometimes you have to pay extra to get back into the auction,” James said. “And, when you get it turned back on, there’s a 70% chance it won’t work the same way it was working before.”

In other words, you're losing a lot of money when a card fails.

Card failure is a challenge for eCommerce brands that are trying to successfully allocate capital to dozens of different ad accounts, and it’s not caused exclusively by the card providers. “There are a lot of policy issues,” says James. “Poor A.I., platforms like Facebook are too big to fail … and they all have compliance issues. It’s not the fault of advertisers—it’s just glitches in their systems.”

For example, if Facebook shuts down your ad account and you have one payment method shared with other ad accounts, James says, “It can cause a domino effect and shut down all your ads.”

“There’s a rule on Facebook, and any other algorithm-based network,” he says, “If it’s working, don’t touch it. Don’t up the budget. Don’t play with the ads. Just let it work.”

Banks don’t understand advertisers, advertising, or how they are unwittingly making it difficult for eCommerce brands to successfully advertise online.

The Difference Between Push And Pull

Practically speaking, consider traditional credit cards and even most virtual cards, as “push”. In other words, you have a spending limit and to keep spending you need to make a payment to whoever the card provider is. This is considered “push” because you are pushing a payment to the card provider before you exceed your limit.

“The push approach is virtually impossible on weekends and holidays like Black Friday or Cyber Monday,” says James. “For this to work, it’s necessary to forecast the need and time for the wire to settle. Then, wait for the payment to be credited to your account—assuming that they do it on time. It’s a very manual process.”

This is how traditional credit cards work. The provider authorizes a spending limit (on a calendar-month basis), which doesn’t work for advertisers who might be reaching that limit every day or two. Even if they’re paying down their card every day, it takes another day or two (sometimes longer) for that payment to post to the account in addition to however long the card provider holds the payment before they authorize the card again.

“The reason we are using dash.fi is because they give us fluid, uninterrupted access to capital every single day,” says James. “We spend at least $50,000 a day—sometimes a lot more. If we were using our AMEX card, we wouldn’t be able to get the money to AMEX fast enough to keep our campaigns running.”

dash.fi is able to do this because they don’t evaluate spending limits by the calendar month or rely on the “push” approach. They use individualized payment cycles based on the advertisers revenue cycle and ad spend. The statement cycle for an advertiser doing $50,000 or more every day might be two or three days. And, to ensure that ads keep running 24/7 without a card failure, the card payment is seamlessly “pulled” from the bank account before the limit is ever exceeded.

“We’re in the business of trying to max shit out,” added James. “If you’re trying to scale, want uninterrupted ads, are looking for unlimited cash back and have cash flow, the direct pull from your bank account doesn’t matter. That’s why we’re using dash.fi.”

Relationships Matter In This Business

“I met Zach Johnson [dash.fi’s founder] at my GeekOut event. He’d been a participant for a few years and was trying to convince me that he would be a good sponsor,” says James. “I work with a community of people who are obsessively passionate about media buying and I’m very cautious about these things. I got burned by the last card provider who was a sponsor at my event, so Zach had a pretty steep hill to climb. I’m not going to recommend anyone, especially if they are involved in ‘the money,’ if I don't believe in them. He impressed me with his intelligence in the business and I trust him.”

James also likes the level of transparency he gets with dash.fi that he didn’t get from previous providers. “Being able to have direct communication and support makes a big difference,” he adds. “dash.fi understands the weirdness of my business and the real-time demands of media buying, which is what makes them such an exceptional partner.”

James describes his business as the only business he’s ever been in that calculates the numbers daily because the clock is reset every morning at 12:01 am. Banks and traditional credit card providers just don’t understand advertising.

“A problem can be costly for days,” he said. “I really like the product. It’s all real.”

How Much Do TikTok Ads Cost?

If your small business is thinking of advertising on TikTok, here’s how much it will cost and how to make the most of TikTok ads.

Instant card issuance is an increasingly popular service that can benefit consumers and issuers in a fast-paced financial environment. 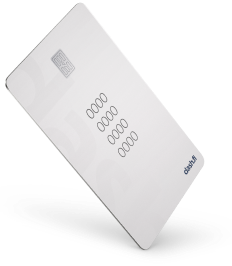